Goal Zero has a fairly large power station lineup. Its Yeti lineup consists of a large variety of battery sizes, and you have a lot of choices depending on what you need.

The Yeti 1000 and Yeti 1400 are two of the biggest Goal Zero batteries available right now, and they’ve become popular with RV campers, vandwellers, homeowners for emergencies, survivalists, preppers, and the weekend-campers.

I travel fulltime in my travel trailer, and the Yeti 1000 is part of my solar setup. I plug it straight into my camper and let it power everything except the air conditioner.

It has been excellent for us, and while other campers near us are running their gas generators to watch TV and run their furnace, we can quietly charge out laptops, watch TV, use our microwave, and run the furnace with our Yeti.

Today I am going to compare the Yeti 1000 to the Yeti 1400. They have a lot in common, but there are some small differences that can make a big difference to you depending on what needs you have.

We’ll talk about overall features, specifications, inputs/outputs, what solar panels you can use with them, charging times, and everything else that is relevant when it comes down to choosing which power station will be the best for you.

I’ll end the post by sharing some alternatives to these power stations that might fit your needs better.

Let’s start by comparing their specifications side by side in a table. 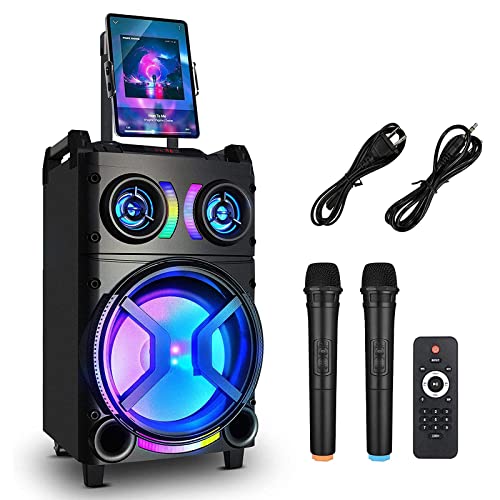 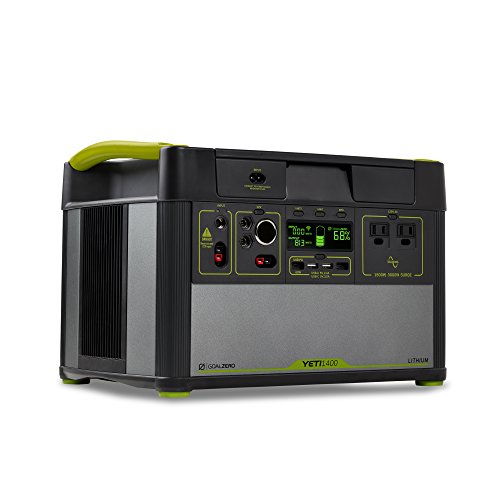 What They Have In Common

When you take a look at the specifications of both, they seem to share a lot of features, and that’s because they do.

Goal Zero has a lot of Yeti power stations, and the 1000 and 1400 are the ones that are the most similar to each other.

Here is what they have in common

The Differences Between The Two

The biggest difference between the two is the battery size. It’s a 1045Wh battery against a 1425Wh battery. I’ll talk about what difference that makes down below.

Both are lithium and perform the same in terms of charging/discharging, it’s just that the Yeti 1400 has a couple of extra cells.

This makes the Yeti 1400 capable of charging the latest Macbooks and other laptops that can charge through USB C.

A benefit with this versus using the AC outlet is that you’ll get a more efficient charge since the inverter isn’t 100% efficient.

Modern game consoles like the Nintendo Switch can also charge through USB C PD, making it a very powerful port to have on a portable power bank.

Yeti 1400 also has wifi, which lets you use an app on your phone to control and read the inputs/outputs and wattages.

Note that this requires a current Wifi available for the Yeti to connect to, it doesn’t create its own Wifi network. 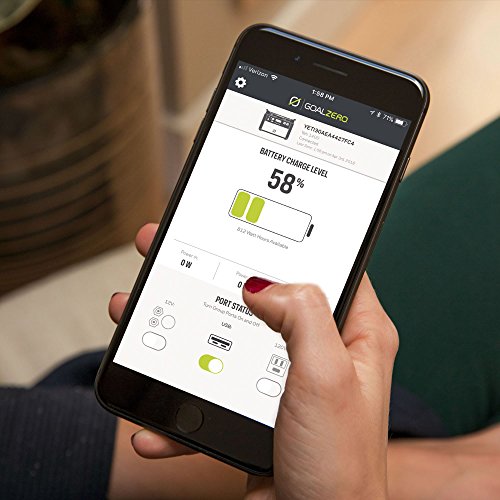 For a camper like me, I would’ve preferred if the Yeti 1400 could’ve created its own Wifi so I wouldn’t have to turn on a router or hotspot as well to use the Wifi functionality.

Being able to choose between both would be ideal. But that’s a post subject for another time.

Other than the USB and the wifi, there really isn’t a huge difference between the two. The Yeti 1400 weighs 3.7 pounds more and measures one inch taller.

But what can you do with that extra 380Wh battery capacity, and does it matter?

Well, it is a 36% increase in battery capacity after all. This means that the Yeti 1400 lets you run your electronics, for 36% longer.

So what’s the downside with having more power? As seen above when we compare the two, there aren’t any downsides except for weight and size differences.

It does take longer to charge the Yeti 1400 from empty to full since it’s a larger battery, but that’s not really a downside since it will charge to 1045Wh (the battery capacity of the Yeti 1000 at full) as fast, or even faster due to the “stadium effect“.

If you have no idea how many watts you use with your electronics in a day, I recommend getting a Kill A Watt Electricity Usage Monitor.

You can plug your electronics into it and it will tell you how many watts the device is using.

Test a couple of devices you use daily, write it down, and think about how many hours you would like to use that device every day.

For example, if the Kill A Watt says that a device is using 100 watts, it means 100 watts every hour.

So if you would plug it into the Yeti 1000 which has 1045 watt hours to spend when fully charged, it would be down to about 945 watt hours after an hour of use with your device.

One of my favorite features with the Goal Zero Yetis is the screen that tells you exactly how many watts the outlets are outputting, it’s like a built-in Kill A Watt.

With the Wifi functionality of the Yeti 1400, you can also track this info on your phone with an app. The app will tell you exactly how many watt hours there are left.

Since the Yeti 1400 comes with the same 5A wall charger the Yeti 1000 does, it will take longer to charge out of the box.

One way to speed up both would be to buy the MPPT charge controller that not only increases the input watts when charging from solar panels but also when using the included wall charger.

If you use the 12V car charger cable, the Yeti 1000 will be fully charged in 9 hours, versus Yeti 1400’s 12 hours. I have written a separate post about charging times with the car charger that you can find here.

They share solar charging compatibilities and are compatible with both the Goal Zero Boulder solar panels and some third-party 100W panels from companies like Renogy, HQST, Newpowa, and Rockpals.

If you’re considering using third-party panels I recommend reading my post about what adapter you need and what to think about.

I recommend using the Goal Zero MPPT charge controller module with both Yetis to improve charging efficiency both when using solar panels and the wall charger.

Goal Zero advertises up to 40% increased solar charging, which I can confirm is a legit number. It especially makes a big difference on cloudy days, in the morning, and in the evening.

No, what you can do is add an expansion kit to either of them to increase the battery capacity.

Alternative Power Stations To The Goal Zero Yeti On The Market

There are other brands making power stations as well, but the obvious one I need to mention first is that there is also a Yeti 3000 that has 3x the capacity of the Yeti 1000.

The lithium model is like a smaller Yeti 1000 with a less powerful pure sine wave inverter. It does have two AC outlets, three USB ports, and a solar panel input though. A great portable option for people with fewer electronics to use and charge.

The Maxoak Bluetti is one of the best alternatives to Goal Zero Yeti.

It’s a lithium power station with a 1000W inverter. The best thing about it is the 1500Wh battery, which is 455Wh more battery capacity than the Yeti 1000.

It comes with a solar adapter ready for any solar panels with MC4 connectors, and a great built-in handle that makes it extremely portable and travel-friendly.

It has a built-in MPPT solar charge controller, so it will be much more efficient than the Yeti 1000 and Yeti 1400 out of the box.

If you don’t plan on running a microwave or any power-hungry tools, this won’t be a problem to most. It will still be able to run coffeemakers, toasters, and other small electronics.

One smaller but really popular option is the Jackery Explorer 500. It has half the battery capacity of the Yeti 1000, only one AC outlet, but has a nice display and three USB ports.

The inverter on the Jackery Explorer 500 is a pure sine wave inverter, but can’t handle more than 500 watts continuously.

The reason I am sharing it as an alternative is that not everybody needs a large battery with a large inverter.

For vandwellers or car campers with limited space, it might be the best choice. It won’t run a microwave, but it will charge laptops, tablets, run a TV, and other small devices for several hours.

It’s also a solid choice if you just need a portable battery to run your CPAP machine at night.

If you have any questions please leave a comment down below.