The Big Mistake Goal Zero Made With Their Yeti Power Stations

Not all 12V outputs are created equal though, some are regulated while some aren’t. Unfortunately, Goal Zero decided to put non-regulated 12V outputs on the Yeti, which is a problem if you want to run some 12V devices like the Dometic fridges popular in van builds.

A problem with non-regulated 12V outputs is that they become less powerful the lower the battery voltage goes. So while you might be able to power a certain device when the battery is full, it will shut off as soon as the battery reaches a certain state of charge.

So if you plug a 50W light into a fully charged Yeti, it will be able to max the power and deliver 50W to the light, but if your Yeti happens to be at 20% state of charge, this light might only receive 20W and therefore not be as bright.

With a device like a 12V light, it might not be a big issue, but when you start using devices that depend more on the correct voltage, like a Dometic fridge, freezer, vacuum, or a power-hungry fan, it’s going to make a bigger difference. These devices often have their own low-voltage cutoff, which means that it might not even turn on when the battery is at 100% if the 12V plug can’t output the correct voltage.

Therefore, it’s a good idea to plug your 12V devices like LED lights, inverters, or a fridge/freezer into a regulated 12V output that can consistently deliver the correct voltage. But there is hope even if you have a Dometic fridge.

Goal Zero has realized that this is a problem and I can imagine it’s because they’ve received a lot of negative feedback due to this. Customers buy portable power stations to cover their power needs when traveling in cars, vans, and RVs, so Goal Zero should’ve expected that people will be using 12V fridges and other 12V devices that depend on a consistent voltage.

Fortunately, in a way, Goal Zero didn’t only release new Yeti power stations with a regulated 12V output and told their customers to go upgrade, but they released an adapter that you can use with the current Yeti 1000, Yeti 1400, and Yeti 3000. 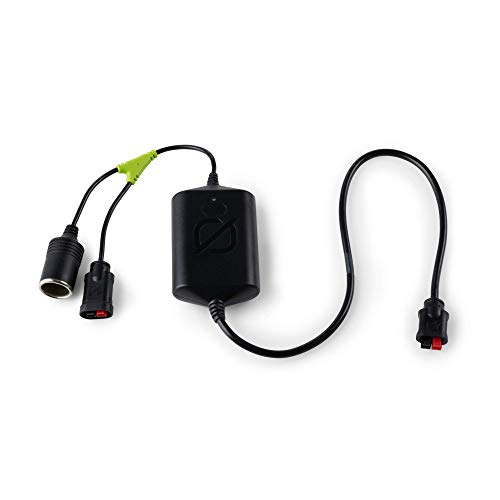 Goal Zero 12V regulated cable can handle up to 15 amps, so you could connect several 12V devices as long as you don’t draw more than 15 amps or 180 watts.

What Is A Good 12V Fridge/Freezer To Use With A Yeti?

A popular fridge/freezer combo that works great with a Yeti and a regulated 12V cable is the Dometic CFX 50W. Dometic sells fridges and freezers in several different sizes and is one of those devices that need a regulated 12V port to run properly. 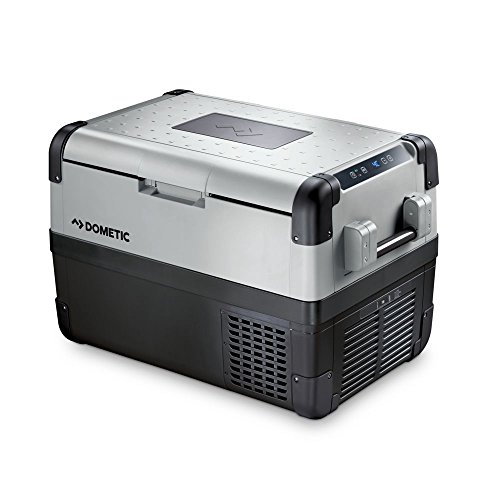 The reason I recommend the Dometic is not only because it’s popular but it’s from a company that knows what they’re doing when it comes to refrigerators and freezers. If you go online and look at van builds, they’re most likely using a Dometic fridge/freezer combo.

Dometic is aware that these fridges are popular for travelers nowadays and have added modern smart-features that make them easy to use and monitor.

What About The Yeti 400 Lithium?

The adapter above is not compatible with the Yeti 400 lithium out of the box since it is missing an APP output. What you need is a 6mm to 45 amp Anderson power pole adapter and you can buy one directly from Goal Zero if you give them a call at 888-794-6250 or send an email to [email protected].

I also recommend taking a look at the Jackery Explorer 500 which is a lot like the Yeti 400 lithium but comes with a regulated 12V output. I have compared the two in a separate post.

No, it’s not compatible with any non-lithium Yet power station. Based on what I have read, the Yeti lead-acid power stations don’t have the same issue though.

Let me know if you have any other questions by leaving a comment down below.