If you have a Goal Zero Yeti 400 or 1250 power station, you can easily double or even triple the battery capacity of it. This is done via the chaining ports found on the sides of the Yeti 400 or the back of the Yeti 1250.

Note that this is for the Yeti 400 and the Yeti 1250, not the lithium models. To increase the battery capacity of a Yeti Lithium, you must use the Yeti Link expansion module.

It’s a very straightforward and easy process to double the battery capacity of a Yeti 400, let’s talk about what you need and how it’s done.

The Yeti 400 has a 33Ah battery, and even if you can connect another battery larger than 33Ah, it’s recommended to use a battery of the same size when chaining two together. It won’t hurt anything to use a larger one though.

Inside of the Yeti 400 is a Sealed Lead Acid AGM 12V battery, and that’s the kind of battery we need to use when we replace/chain another battery to it.

This ExpertPower 12V 33Ah battery (click to view on Amazon) is the correct kind of battery. 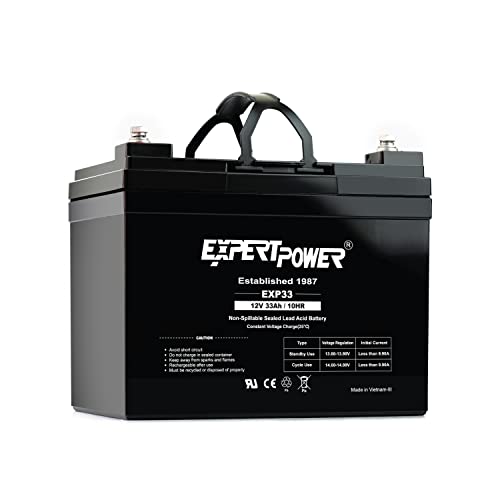 This is the kind of battery you could also replace the Yeti 1250 battery with. You can read more about that in this post.

Connect the battery to the Yeti 400

To connect the battery to the Yeti 400 we need an Anderson Power Pole to ring terminal cable, this fused cable (click to view on Amazon) does exactly that. It has 3/8″ ring terminals, just like the battery. 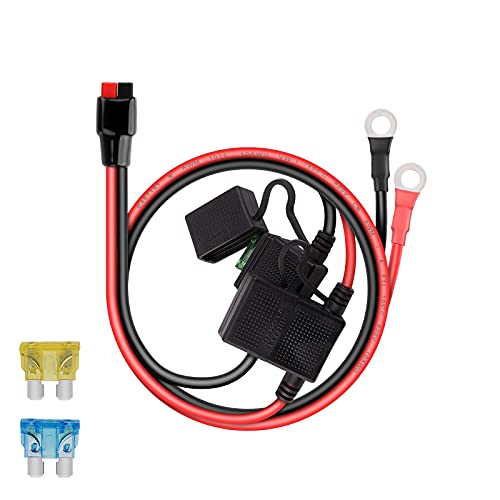 How To Connect Them And What To Think About

Connect the red wire from the cable to the red terminal on the battery, and the black wire to the black terminal. The adapter should be on the bottom of the battery ring terminal, before any washer and screw/nut. Screws are included with the battery above.

Before connecting the battery to the Yeti 400, make sure both batteries are fully charged. I recommend using a battery charger like the LST battery charger.

When you’ve connected both wires to the battery and made sure both batteries are fully charged, connect the Anderson Power Pole to the side of the Yeti 400, and you’re done.

I recommend storing the battery in a Noco battery tray like this one (click to view on Amazon) to keep terminals and wires closed off.

The chaining port on the Yeti 1250 uses a different connector than the Yeti 400, so you can’t use the same parts as above. 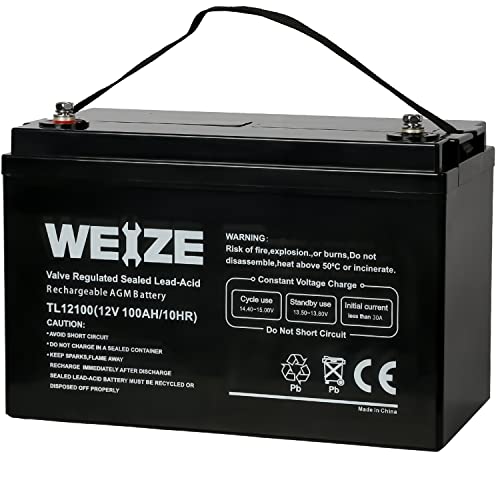 This is the kind of battery you could also replace the Yeti 1250 battery with. You can read more about that in this post.

Connect the battery to the Yeti 1250

On the back of the Yeti 1250 there is an Anderson connector, but not a power pole type like on the Yeti 400. It’s a multi-pole SB175 type. So what we need is an Anderson SB175 to ring terminals, like the BNE Engineering cable. 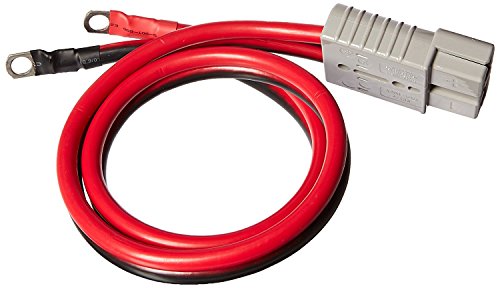 If you would rather use battery clamps, this cable by Phillip Cable is a good option (click to view on Amazon).

How To Connect Them And What To Think About

Connect the red wire to the positive (red) terminal on the battery, and the black wire to the negative (black) terminal.

When both are charged, you’re ready to plug the Anderson SB175 connector into the back of the Yeti 1250, and then you’re done.

The Yeti 1250 battery capacity can also be increased by using the new Yeti Tank expansion battery (click to view on Amazon). It’s connected to the Yeti 1250 with a 1250 Ring Terminal Connector Cable.

You’re going to have to remove six screws on top of the Tank battery to connect the ring terminal adapter.

The Yeti 150 doesn’t have a chaining port and doesn’t support it.

Can You Expand The Battery Capacity Of A Yeti Lithium Power Station?

Unfortunately, you can’t use it together with the MPPT Expansion Module since they go in the same expansion slot on the power station.

Will I Be Able To Monitor Input/Output Watts Of The Chained Battery?

No, if you connect solar panels or draw electricity directly from the second battery, the Yeti won’t show any input/output. The Yeti only responds to what is plugged into the Yeti outputs.

Yes, you can, but it will take a long time to charge the battery unless you connect a battery charger or solar panels to that 100Ah battery directly. The Yeti 400 can only handle 120W input through its single 8mm port. Again, make sure both batteries are fully charged before chaining them.

How Many Batteries Can I Chain?

Goal Zero recommends a maximum of 4 chained batteries. Remember that chaining batteries won’t increase the maximum input the Yeti can handle, so it will take much longer to charge the batteries the more you chain.

Can I Charge A Chained Battery With A Battery Charger/Solar Panels?

Yes, you can, and this will charge both the chained battery and the battery inside of the Yeti.

If you’re going to use solar panels to charge only the external battery, you need to use a charge controller to prevent overcharging.

If you plug panels into the Yeti to charge both the internal and external battery, you do not need an extra charge controller since the Yeti has one built-in.

Yes, you can chain two Yeti 400 together with an Anderen to Anderson cable. You can change the orientation of the Anderson connectors to fit the Yeti chaining port.

What this does is cause the batteries to act as one, which will charge/discharge them simultaneously.

No, Goal Zero doesn’t recommend chaining a Yeti 400 to 1250 due to the large difference in battery size. What you can do is use an Anderson to Anderson cable to charge the Yeti 400 with the Yeti 1250 Anderson output.