The Shell company that you normally see at the gas station has started to expand into the world of renewable energy, and this 500 watt portable power station is a part of a whole series of battery powered products.

The Shell Solar Generator is a great medium sized portable power station that has enough battery capacity to charge lots of different kinds of electronics and even run a few appliances. 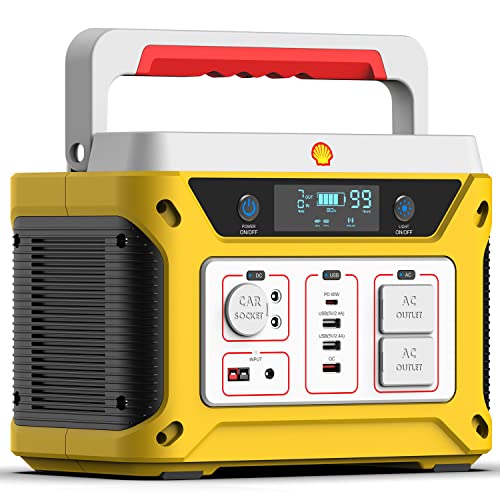 It can be charged via a 12 volt car charger, a wall charger, or solar panel.

In this post, I’ll go over the solar panels that are compatible with the Shell portable power station right out of the box.

I’ll also give options for the necessary adaptors to connect the solar panels you might already have to it.

Even though it has a 5.5 x 2.5 mm DC input for wall and car charging you will need to use the Anderson Powerpole solar input for charging with solar panels.

Here’s a look at some portable solar panels that have an Anderson Powerpole connection included with purchase. 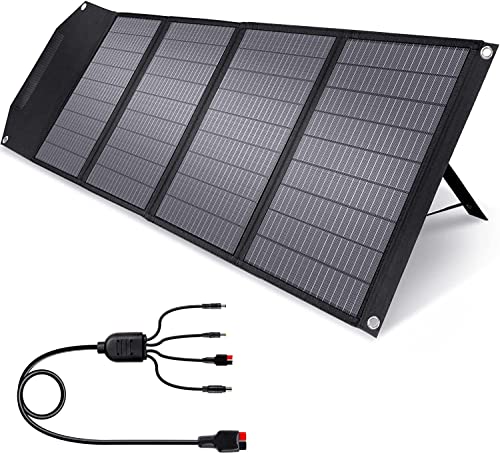 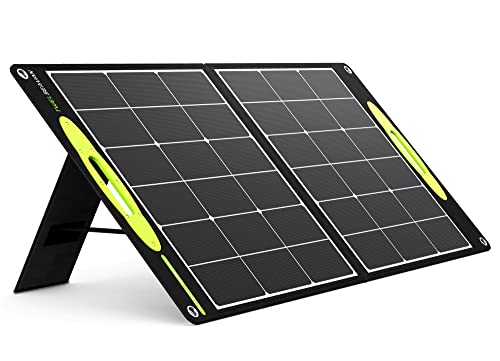 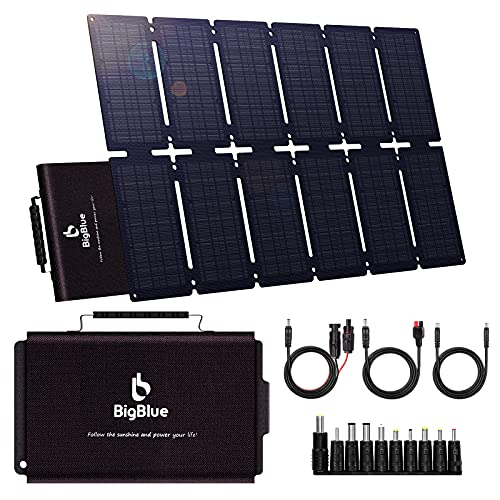 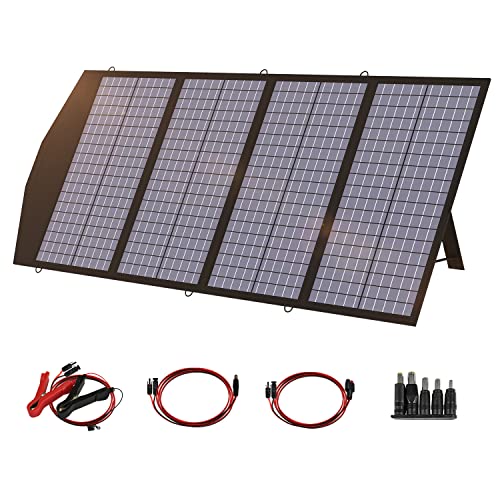 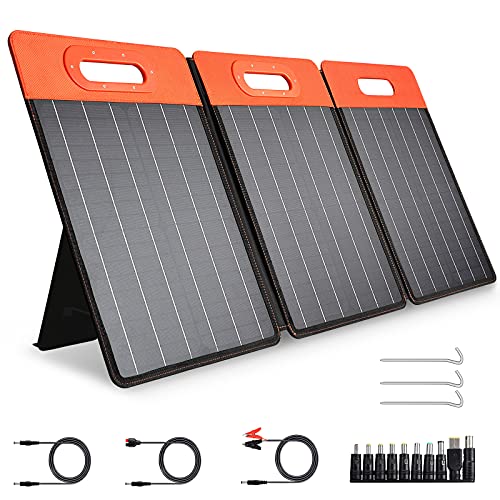 Since the solar input rating is 65 watts I recommend getting a 100 watt solar panel.

No solar panel is 100% efficient. That means the maximum power generated by a 100W solar panel will be lower than 100 watts, usually around 80 watts.

A 100 watt solar panel will give you at least 65 watts in both sunny and slightly cloudy conditions, which is perfect for a 65 watt rated charge controller like the one on the Shell power station.

If you are planning on charging this solar generator during winter when the sun is lower and not as strong you could get a larger 120-150 watt solar panel to try and keep the power generated up to the 65 watt max input.

Sometimes space and weight matter more than maximizing the total watt input. If you only have room for a small portable solar panel a 60 watt is the lowest I would recommend.

If your 60 watt solar panel can generate at least 50 watts of power it would take it around 11 hours to charge the Shell solar generator from 0% to 100%.

Anderson powerpole solar connections are some of my favorites to use with portable power stations.

They make secure connections that are easy to connect and disconnect.

One thing to note about this type of connector is the orientation of the positive and negative plug can vary.

Sometimes the way the solar panel Anderson is configured is opposite of the power station you want to charge.

Usually, this issue is solved via the Anderson connector itself.

You can disconnect the positive and negative poles by sliding one down from the other.

Then just swap sides and connect the positive and negative by sliding them back together.

How to Connect Solar Panels with MC4 Connectors

Portable solar panels usually come with a lot of different adaptors for compatibility but the more stationary kind of panel, like what you would mount to an RV roof, usually only comes with MC4 connectors.

To connect the Shell portable power station to a solar panel with just MC4 you will need this MC4 to Anderson adapter (click to view on Amazon). 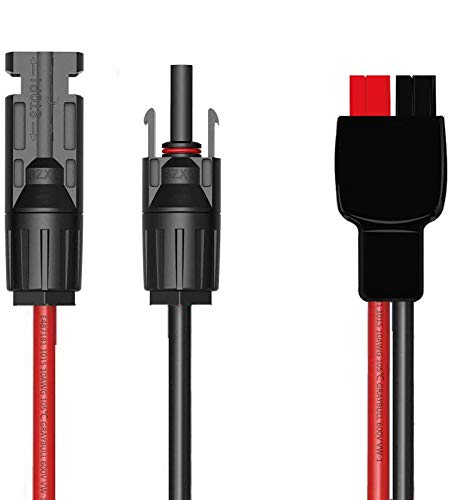 The orientation of the Anderson connectors can be switched with this adapter to match any power station that uses Anderson solar inputs.

More on Connecting the Shell to Solar Panels

If you’re using a solar panel with a charge controller on it make sure you bypass it and charge the Shell solar generator from the panel directly.

The voltage minimum of the Shell solar generator is 11V and the maximum is 30V.

Does the Shell solar generator come with solar panels?

The Shell power station does not come with any solar panels.

The company also doesn’t make any solar panels right now but any of the panels linked to in this article are compatible with it right out of the box.

How fast will a solar panel charge the Shell power station?

With a 65 watt max solar input, a 100 watt solar panel will be able to charge the power station in less than 8 hours.

The same applies to the wall and USB C PD charging ports.

One thing you can do to speed up the charging time is use both the wall charger and the USB C PD port at the same time.

You will need a USB C wall brick that’s capable of outputting at least 65 watts like this one (click to view on Amazon).

This will cut the charging time to around 4 hours.

Can I use the outlets on the Shell power station while it’s charging?

Yes, this power station is capable of being charged and discharged at the same time.

That means you can use it to power small accessories or charge electronics while it’s recharging via a solar panel.

Can I charge it with the 12 volt outlet in my car?

Yes, the Shell can be charged via the 12 volt outlet in your car. It even comes with an adaptor for it.

Just make sure you only charge the power station while your car engine is running so you don’t accidentally drain the car battery.

Please leave a comment down below if you have any questions or something to add.